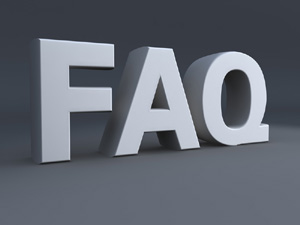 Who should consider a baseline evaluation?
All athletes, particularly those involved in contact sports, whether cheerleading, football, soccer, wrestling, lacrosse, or hockey should consider baseline testing.


When is it safe to return-to-play?
This is a difficult question to answer. Typically, once a concussion is sustained the athlete should be removed from the game and this is particularly so for younger athletes: children and adolescents. Return-to-play (RTP) should commence in a stepwise process beginning with complete cognitive and physical rest, until symptoms subside, followed by a gradual return to preinjury activity levels. This will be done under the care of a physician with input from the neuropsychologist and other individuals involved in the athlete's care. Because the recovery process is different for each person, an individual program should be put in place for each athlete who sustains a concussion. A one-size-fits-all approach is not appropriate in this instance.


Who should interpret your test results?
While administration of ImPACT is a relatively straightforward process, interpretation of the results requires an understanding of test theory and statistical analysis. Most medical doctors and psychologists who are not neuropsychologists do not have sufficient training for this type of interpretation. Having them interpret the test results increases the possibility of mistakes.


What is Second-Impact Syndrome?
Second- Impact Syndrome (SIS) occurs when an athlete sustains another concussion while still symptomatic. In SIS, cerebral vascular changes occur that lead to diffuse cerebral swelling and death. There is debate as to whether the swelling is due to 2 separate hits or a single one, but there is consensus that younger athletes, adolescents and preteens, are at greater risk for SIS due to the immature nature of their brains. According to the Centers for Disease Control, the incidence of SIS is rare, but we do not know the exact frequency with which it occurs.


What is the age range of the ImPACT test?
The ImPACT test has been normed for use with adults, adolescents, and children as young as 10 years old. It cannot be used with children under 10 years. There are specific tests that can be used in place of ImPACT and these should only be done under the care of a neuropsychologist.


Does protective equipment reduce the likelihood of concussion?
The data on the preventative usefulness of headgear to reduce the rate of concussion is still in the early stages. Mouth guards reduce dental trauma, but are not effective in reducing concussion rates. Headgear, including helmets may reduce the relative risk of concussion, but most of the research has been done by companies or other entities with financial stakes in the sale of helmets. At this point, further independent research is needed before we can say that headgear reduces concussion risk in sports such as football and soccer. Helmets have reduced the incidence of concussion in skiing and snowboarding and are recommended for these sports. Hockey players wearing helmets with full face guards returned to play sooner, but did not sustain fewer concussions.


How long does a baseline evaluation take?
The baseline evaluation requires the athlete to complete a number of questionnaires that include demographic data and medical history, including of concussion. This is followed by administration of the cognitive tests that require approximately 30 minutes. The total process requires less than 1 hour.


What is involved in an assessment after a concussion is sustained?
The post-concussion assessment involves a clinical interview to determine the symptoms that are being experienced, history of complicating factors that can affect test results, and administration of a post-injury assessment. The ImPACT and/or pencil-and-paper tests are administered at regular intervals so that the progression of the symptoms can be tracked and return to normal activities determined.